December 27, 2019
It's easy enough to compare yourself to other people (but please don't). It is even easier to compare yourself to...yourself. Part of the purpose of us beginning this blog was to record moments, memories, and experiences before we forgot them. Pregnancy brain, baby brain, toddler brain...they're all real. Honestly, it's a big part of why we haven't been consistent with posts.
All of that being said, now that I am pregnant again, I can't help but reflect back on my first pregnancy and see how this one has been similar and different. Same with conception (calm down, no steamy details)...I can't help but compare the two experiences. First with Buttons, now with this new little nugget. Let me lead you down a journey of the details I can't help but think about and hope I don't forget once I'm old and my children are grown.

Round 1: With Buttons, we decided to start trying in September 2015. I stopped taking my birth control pills and we practiced. We kept practicing, and a month went by, then two, then six, then nine...it sounds like a very short amount of time, but it seems to drag on, one negative pregnancy test after the next.
At about six months, we talked about alternatives. We didn't want to do IVF because of cost and stress, we didn't know how long we would try naturally. We had an incredible moment when we both decided independently, on the same day...that we wanted to adopt if we couldn't have children. That moment was magical for us and is one I'd like to go into more detail on later.
Fast forward to August of 2016, and we had a positive pregnancy test! (We were almost at a year, and that was when we were prepared to begin testing the both of us for our ability to produce offspring.) Woohoo, we did it! We lost that baby at about 7 weeks. It was heartbreaking. Even though we only knew for a few weeks, we had already mentally rearranged our lives to fit this new precious thing into it. As soon as the miscarriage was confirmed and I was cleared, we started trying again.
In September of 2016, we got another positive test! I called my OB and was told to come in for a blood test, just to confirm it wasn't a false positive due to leftover hormones. I did my blood test on Thursday afternoon and called for results on Friday afternoon. It was negative. Had a pretty sad weekend. Monday afternoon my OB called with my test results...it was positive! He hadn't reviewed the blood test results the first time I called, and the nurse that I spoke with had been looking at my blood test from the miscarriage. (Pretty frustrating moment, but it had a good result.)

Round 2: With Nugget (I suppose that's what I'll call this little one for now), we decided around Button's second birthday that we were ready to grow our family more. We had just moved across the state, had a bigger house, and felt emotionally and financially ready.
We chose to start trying in September of 2019 (this year, for a few more days). In mid-October, while visiting some friends in Austin, I bought a pregnancy test on a whim. I had to buy daddy seal some deodorant, and I had been more tired than usual, so I figured what the heck. I took the test the next morning and there it was. A positive test. daddy seal was the second to learn we were expecting, and the housekeeper at the hotel was the third to know. (I forgot about it and left it on the back of the toilet...whoops.)
I expected a year long wait again, so I was quite honestly shocked when the result showed up. It probably took me a solid month and the first sonogram to really believe it had happened.

Round 1: Buttons had me exhausted during the first trimester, with some nausea for a few weeks, but no vomiting. I didn't gain much, if any weight, and didn't show until at the end. First trimester was just hoping and praying for a healthy pregnancy following our loss.
I felt mostly wonderful during the second trimester. There was a scare around 15 or 16 weeks (can't remember when exactly) where I had some serious bleeding. It happened while I was at a school basketball game (convenient) and it was so bad that I had to borrow pants from a friend's daughter who happened to be at the game. It was more terrifying than embarrassing and we scheduled an appointment for first thing the next morning. All was well and the pregnancy proceeded. This was the part of the pregnancy when heartburn began in earnest and wouldn't stop until the end.
Third trimester I was tired again and starving. Just hungry all the time. Much of my weight gain happened during those last three months. I didn't progress at all those last few weeks when your body is supposed to be preparing for giving birth. No effacing, no dilating, nothing. I scheduled to be induced at 40 weeks +2 days. I suppose I will save the birth details until I have a second birth to compare the two.

Round 2: Nugget's pregnancy has begun very similar to Button's. Very tired, with nausea just for a few weeks, and never actually getting sick. Unfortunately I can't sleep anytime I'm tired now, because I have a small someone waking me up every morning around 7:30. I had an identifiable bump at 11 weeks rather than waiting until 14 weeks. I've also already started having heartburn, which I'm sure won't let up until the end again.
Tomorrow begins the first day of second trimester. I'm hoping to have some energy back now that I have a toddler to chase around. We ask Buttons most every day if she wants to be a big sister, if she's hoping for a baby boy or girl, etc. We've gone from 90% being unhappy about it to only about 50% of the time being unhappy about it. Hopefully by the time Nugget is born, Buttons will come around.

I realize this part isn't really necessary, but I think it's interesting and is a good thing to consider.

Round 1: With Buttons, part of the decision to induce was so that I could rush back to work when school in service started. We had a house payment, 2 car payments, multiple credit card payments, multiple student loan payments, and later, doctor and hospital bills to pay.
Being in the US, I could have taken some time off, but it would have been unpaid, and we couldn't afford it. Our decision to induce was financial timing in many ways. I wouldn't say I regret doing things the way we did, but I am saddened looking back that I didn't feel I had another option.

Round 2: Since July of this year, we have paid off around $25K in debt. I expect to pay off more before Nugget arrives. At that time, we should have a house payment, a car payment, and a student loan payment. This has allowed us to save more, and will give us the flexibility for me to take off some time before I have to return to work. I'm hoping that I can wait until Nugget is 10-12 weeks old before going back to work. I expect this will be my last pregnancy, and I want to soak up all those newborn moments I can. I'm so grateful to be in this position this time around feel like I have options I haven't in the past. It's one less thing to stress about and it means that I don't have to give this baby an eviction notice based on finances.

I just want a healthy pregnancy and baby at the end of it all. Just like with my sweet Buttons.
first baby pregnancy second baby

Popular posts from this blog 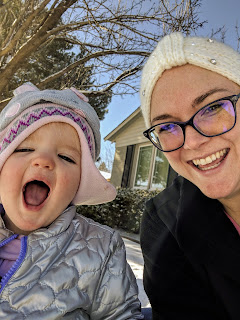 Sometimes, days go like this: Today, I woke up, took down the Christmas tree, fed Buttons and the dogs breakfast, and assembled Button's step ladder I got for Christmas (so she can help in the kitchen...I'm so excited!)...before my husband got out of bed. I made a late breakfast for us all. Then, Buttons and I played in the snow a good 45 minutes. When we got in, we played for a few minutes and I put her down for her nap. I cleaned house and showered myself during nap. The afternoon went like this: fed Buttons lunch, baked (okay) banana bread, went grocery shopping, baked (terrible) French bread, made (delicious) soup for dinner. Now it's getting late and I'm feeling accomplished and reflecting on my hard work today, while I watch my husband play video games. He played video games much of the day... And I start to get worked up and annoyed. Since having Buttons, I've had days like this. I feel like things are unfair, and that I work harder than my husband d
Read more 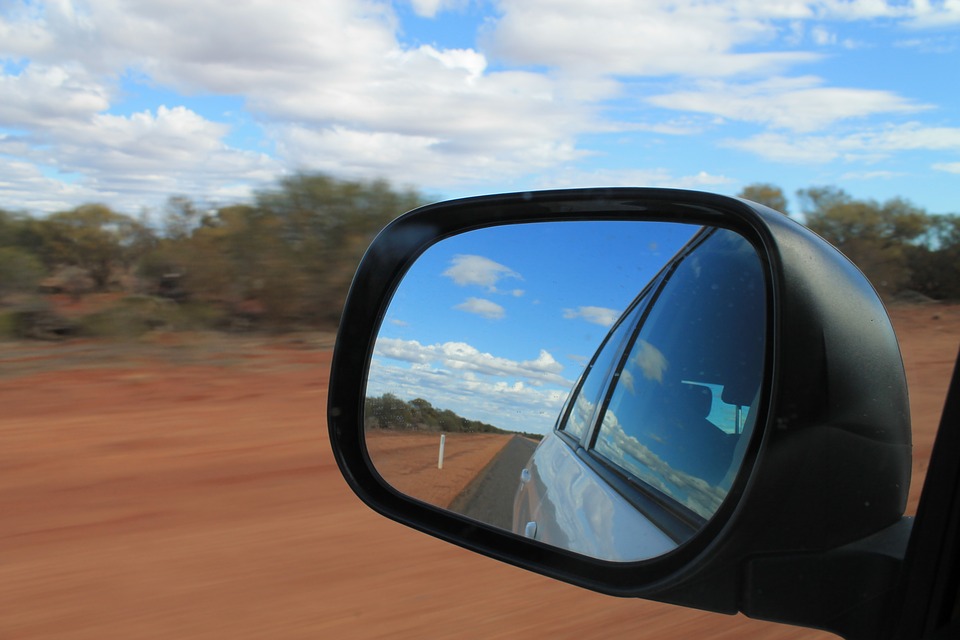 (Mama Seal here because she is the car traveling master) We both live far from our families, so it is inevitable that we will need to travel at some point with our babies. I have spent roughly 125 hours on road trips with my baby. Each of these trips was between 2-8 hours in length. It is no easy feat. Of course, the tricks necessary for long car rides are completely different than those needed for plane or train rides. Using our experiences, we would like to share a few of the tools and tips that have kept us sane during stressful trips. This post will focus primarily on car rides, because sometimes it feels like I’ve spent my life driving in the car with my sweet Buttons. If you’re traveling alone with the baby (bless you), there is one thing I would absolutely do. Grab a bin/basket/bag/tub/what have you to hold things your baby will need during the drive. You can reach back there and grab the paci/binky your baby has thrown, but should you? You know what your child will want
Read more